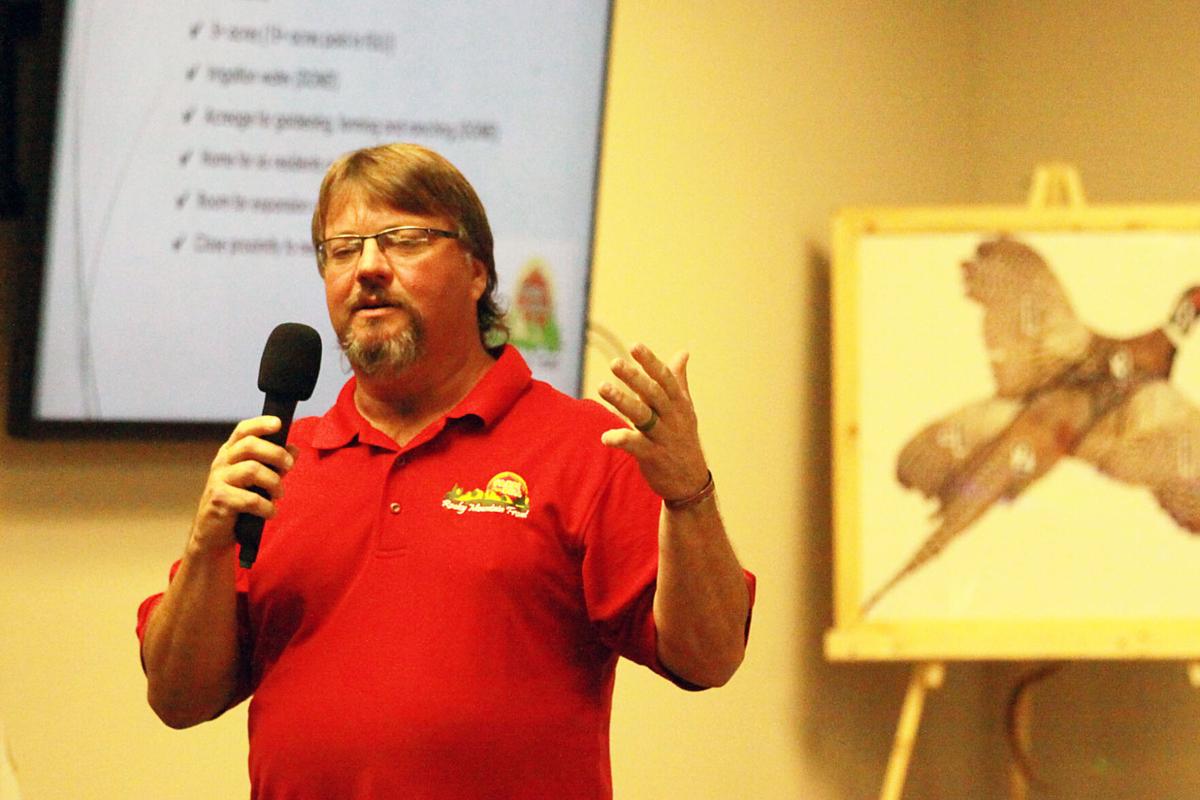 Generous donors give dozens of silent auction items for the Farm in the Dell Rocky Mountain Front Pheasant Fest last Saturday at the Stage Stop Inn’s Rocky Mountain Convention Center in Choteau. Board Chairman Steve Lettengarver welcomes an estimated 160 to 180 people to the event, which included silent and live auctions, a taco bar and a DJ. 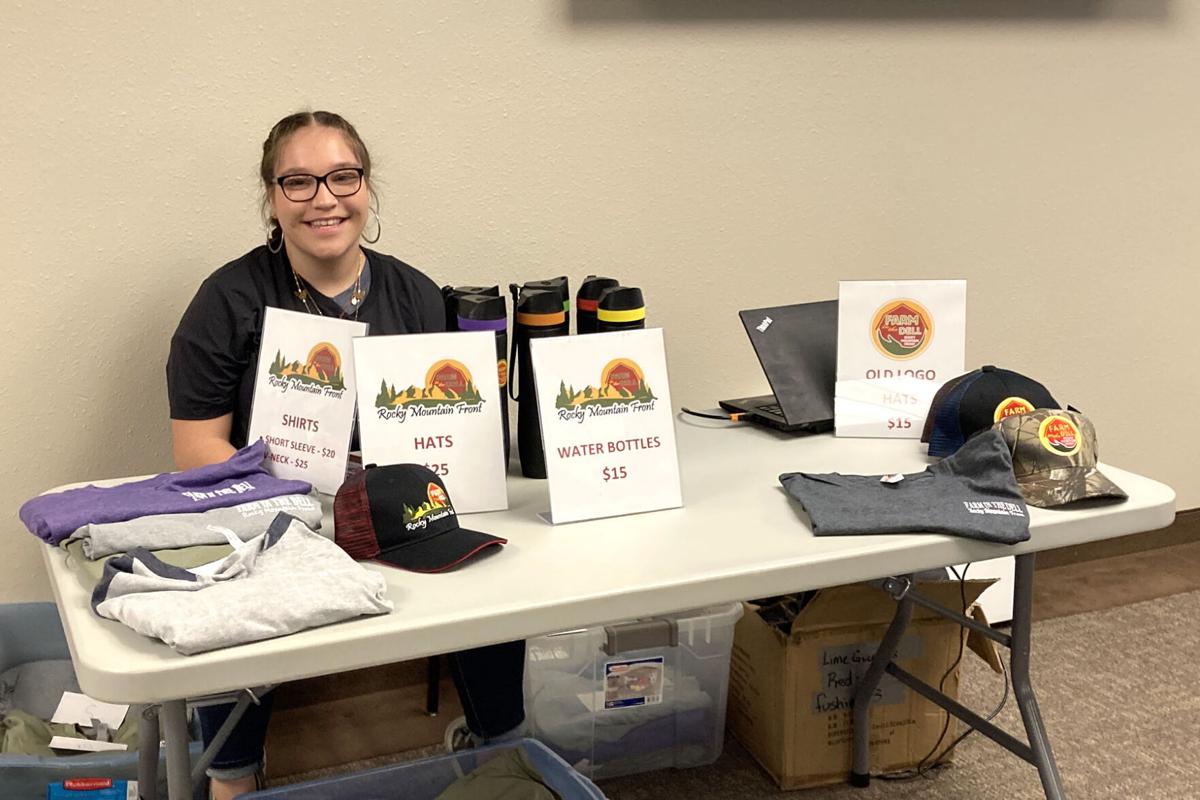 Amara Cloninger, a Dutton/Brady High School student is one of several DBHS students who volunteered to help at the Pheasant Fest.

Last Saturday’s Pheasant Fest fundraiser for Farm in the Dell Rocky Mountain Front was the best the nonprofit organization has had in the five years the event has been held, Farm in the Dell Board Chairman Steve Lettengarver of Fairfield said about the event held at the Stage Stop Inn in Choteau.

Lettengarver said the turnout was tremendous, with an estimated 180 to 200 supporters. Early predictions of how much was raised to support building a place where adults with intellectual disabilities can live and work while remaining a part of the area they have grown up in is also on track to be the most in the five years. Lettengarver said after expenses are taken out, the board hopes the event will clear between $20,000 and $25,000. Profits from the past few Pheasant Fests have averaged between $15,000 and $18,000.

Lettengarver had a long list of thanks to share for the success of the night. He started off with the Stage Stop Inn and event center. “It’s nice to have a facility in Teton County that can handle such an event,” Lettengarver said. “The faculty is great and the employees helping were top notch.”

Gabi Rasmussen and crew from the Log Cabin provided an excellent taco bar, he said. “We had so many compliments on the food.”

The auction items were exceptional as were the volunteers who helped, Lettengarver said. He singled out the help given by the Dutton/Brady High School FFA members and fellow board members and their spouses. Serving on the board in addition to Lettengarver are Cory Copenhaver, Jean Schroeder, Liz Anderson, Shane Kolwyck and Chelsea Schilling.

“We had a great auctioneer, Ryan Perry from the Power area, and DJ Mike Holtz from Great Falls,” Lettengarver said. “Both men donated their time.” In fact, the event was the last job for Holtz, who retired from being a DJ at the close of evening. “He has been with us from the first Pheasant Fest,” Lettengarver said. “Can’t say enough good about him and the service he has provided. He just keeps the show running and is so willing to help. He is going to be missed for sure.”

He also thanked the local media who helped promote the event and Opportunity Bank for the billboard that stirred up interested outside of Teton County. The board was able to secure grants to help with adverting this year which help spread the word a little more.

Lettengarver said the funds will be key for grants that require some matching funds.

The group purchased 15-plus undeveloped acres on the edge of Fairfield in 2018. They have since added a fence across one side and storage, pump and irrigation sheds. They are working on an irrigation system and will be erecting a pole barn this fall allowing for animals by next year.

The land has been in hay crop since it was purchased and the profits from the hay sales are also being used to help with building on the farm.

“It is taking longer than we anticipated but it hasn’t dampened the enthusiasm of those working to make the farm a reality,” Lettengarver said. They will continue to hold fundraisers, accept donations and apply for grants and loans. The farm will not be funded through state or federal programs.