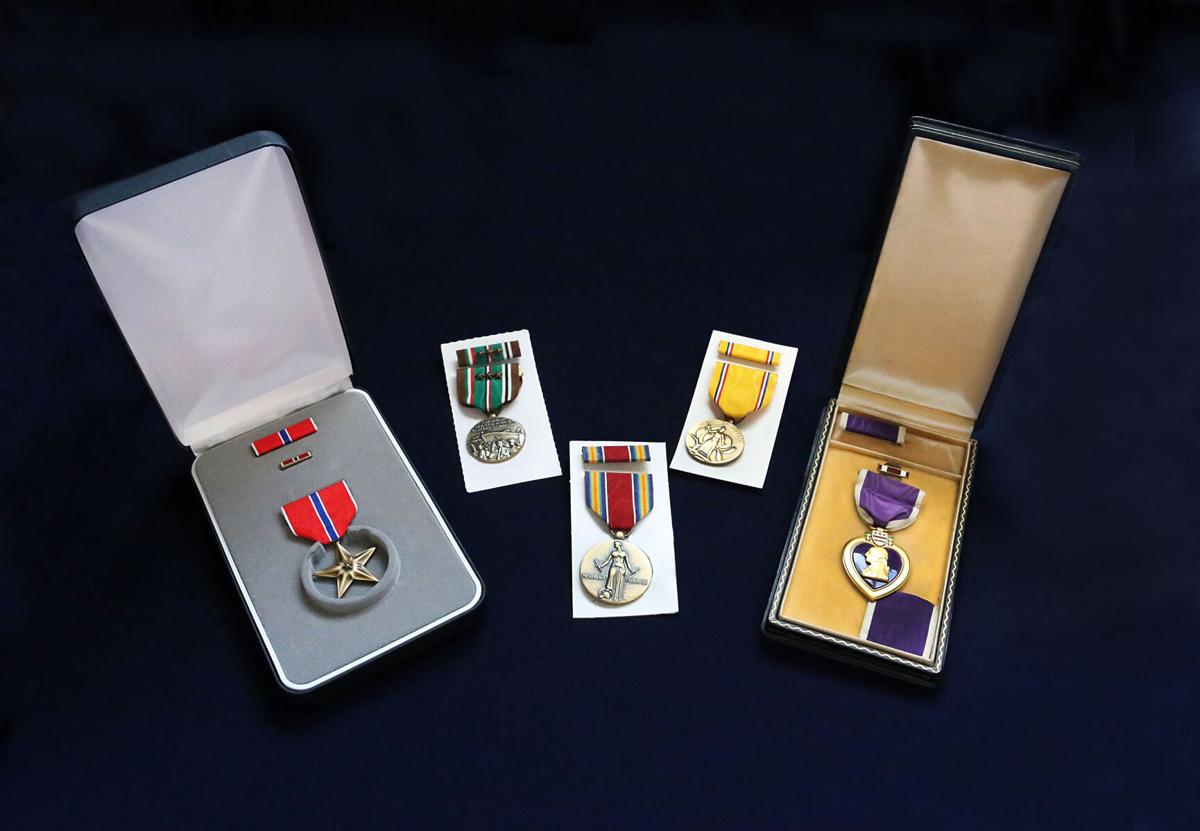 The family of the late Lawrence E. Henning, a World War II veteran, has worked with the U.S. Army to obtain a replacement for the tank operator’s Bronze Medal. 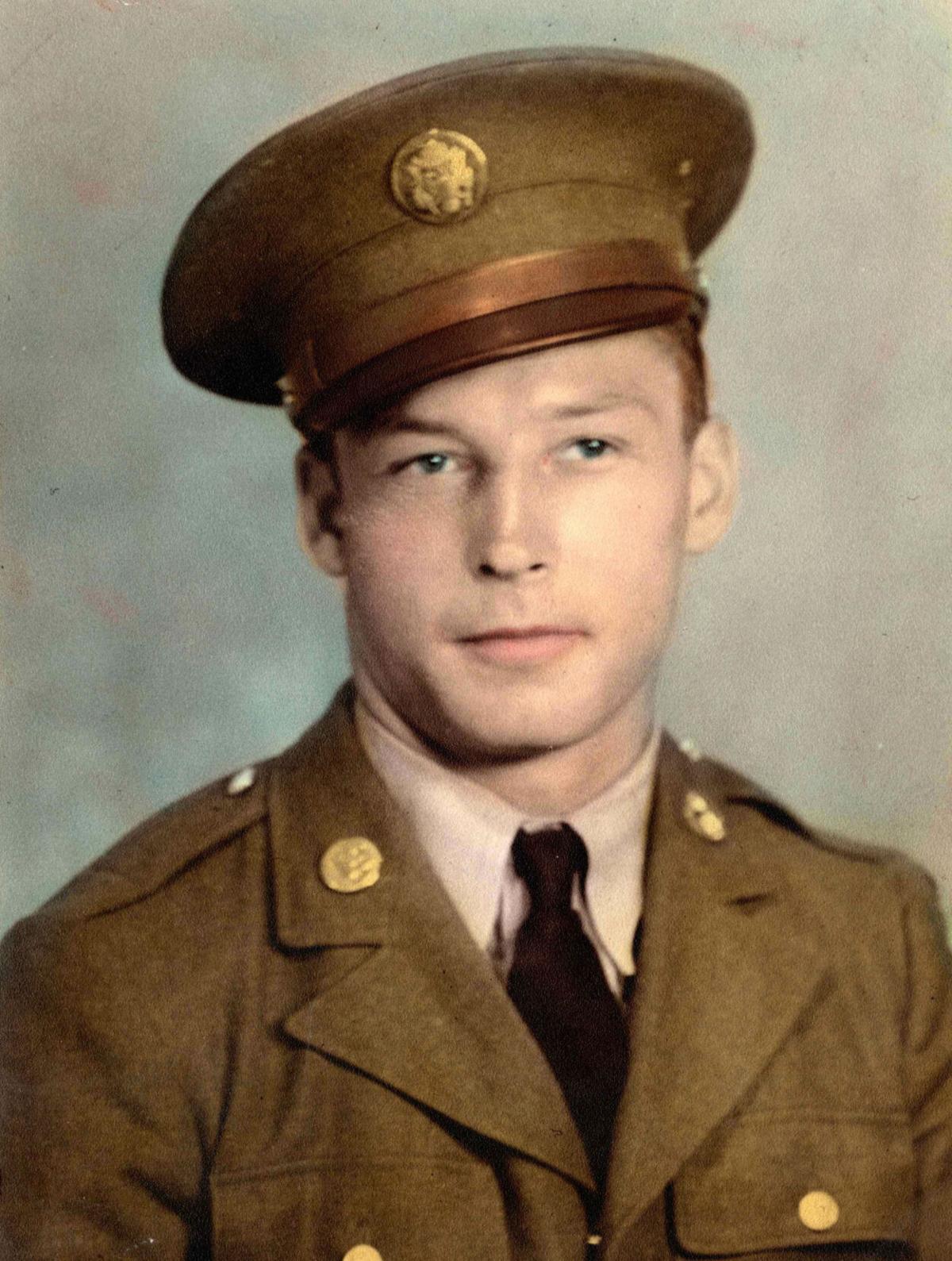 Veterans Day is set aside to honor and show appreciation for all who have served in the U.S. military — in war or peacetime, living or deceased.

For the family of Lawrence E. Henning, Veterans Day is also time of appreciation, learning details of his military service and closure to a story that began in the early 1940s.

Lawrence was a native of Belden, North Dakota. He joined the army on Feb. 20, 1941, and served through Oct. 2, 1945, when he was honorably discharged with a rank of master sergeant. Lawrence attended tank destroyer school. He was stationed in England, arriving after D-Day.

He served in the Third Army under the command of Gen. George S. Patton. He marched with thousands of Allied troops across the continent, through France, Luxembourg, Belgium and finally into Germany, deploying his expertise of the tank destroyer.

On Aug. 9, 1946, Lawrence married Catherine Sauber, who had worked for North American Aviation Co. as a “Rosie the Riveter” on the last of the B-29 bombers in Los Angeles, California. The couple purchased a small farm on the Greenfield Bench where Lawrence lived until his death and Catherine lived until relocating to Fairfield in 1988 and the Teton County Nursing Home in Choteau for the last 10 years of her life.

In addition to the small farm, Lawrence also worked at the Anaconda Copper Co. smelter in Great Falls.

Before his death in 1971 at the young age of 54, Henning didn’t share much of his military years with his three sons, Larry Henning of Fairfield, Bill Henning of Billings and Mike Henning of Great Falls. “Like many men of the time frame, he just didn’t tell us about his years in the service,” Mike said. It was a movie that opened him up to share a few stories.

Mike recalls encouraging his dad to attend the movie “Patton,” a 1970 American epic biographical war film about Gen. Patton during World War II. “He went with my mom and it still sends chills up my back remembering my dad saying how realistic the movie was because he had been at many of the places depicted in the film.”

One memory Mike said he spoke of was spending Christmas Eve in 1945 in a fox hole.

While in the service, Lawrence received a Purple Heart, which is awarded to members of the armed forces of the U.S. who are wounded by an instrument of war in the hands of the enemy and posthumously to the next of kin in the name of those who are killed in action or die of wounds received in action.

Lawrence was shot in the shoulder during the conflict and woke up in a ditch with a German soldier pointing a rifle at him. He was captured and taken to a hospital for his injuries. He was well taken care by the nurses there and by the next day, the United States had taken over Metz and he was freed.

He was also awarded the Bronze Star, a decoration awarded to members of the U.S. Armed Forces for either heroic achievement, heroic service, meritorious achievement or meritorious service in a combat zone. Unfortunately, the medal was stolen while he was in the service.

“Dad told us medals were often stolen by other soldiers who took them home and made up their own stories of how they received the accommodation,” Mike said.

That is where the story stopped for many years. It wasn’t until years later with the ability to do research online, Mike began inquiring how he could replace the Bronze Star and uncover more information of how his dad received the medal.

Mike first contacted the National Personnel Records Center. He was informed the military records needed were in a warehouse that suffered damage in a fire on July 12, 1973. Mike assumed the search was over and that was the end. To his surprise, he received a letter from the National Personnel Records Center who had continued the search and found a portion of the record survived the fire. The two documents with visible burn marks around the edges, contained enough information to go forward with replacing the medal.

With the needed military documents, Mike began working with Montana Sen. Jon Tester’s office to apply for the replacement medal. “The senator and his staff were very helpful. It was a pleasure working with them,” Mike said. “

The senator’s staff worked with the Department of the Army to replace the Bronze Star Medal and other awards entitled to Lawrence. On May 22, 2019, a Letter of Tribute to Lawrence E. Henning was read in the U.S. Senate and submitted as part of the Congressional Record. Mike was presented the medals at Tester’s office in Great Falls.

In the tribute, Lawrence was commended for his courage and ingenuity, stating they were critical to the effort. “His resourcefulness allowed the battalion to maintain a maximum number of tank destroyers on the front line. His skills and bravery on the battlefield earned him commendations decades ago; it is my honor to finally deliver them today,” said Montana Sen. Jon Tester.

The family pieced together that he received the citation at the Battle of the Bulge, also known as the Ardennes Counter-offensive. This was the last major German offensive campaign on the Western Front during World War II.

Mike said the story is now complete, and the history will be shared with family members for generations. “My girls, my brothers, the nieces and nephews have always wondered. Now we know,” he said. Mike is working on having the medals and information placed in a shadow box.