Russ, Spencer, Bill and Blake Pearson compete in the Fairfield Bench synchronized swimming competition during a skit they performed at the Saturday afternoon Swim Day program. 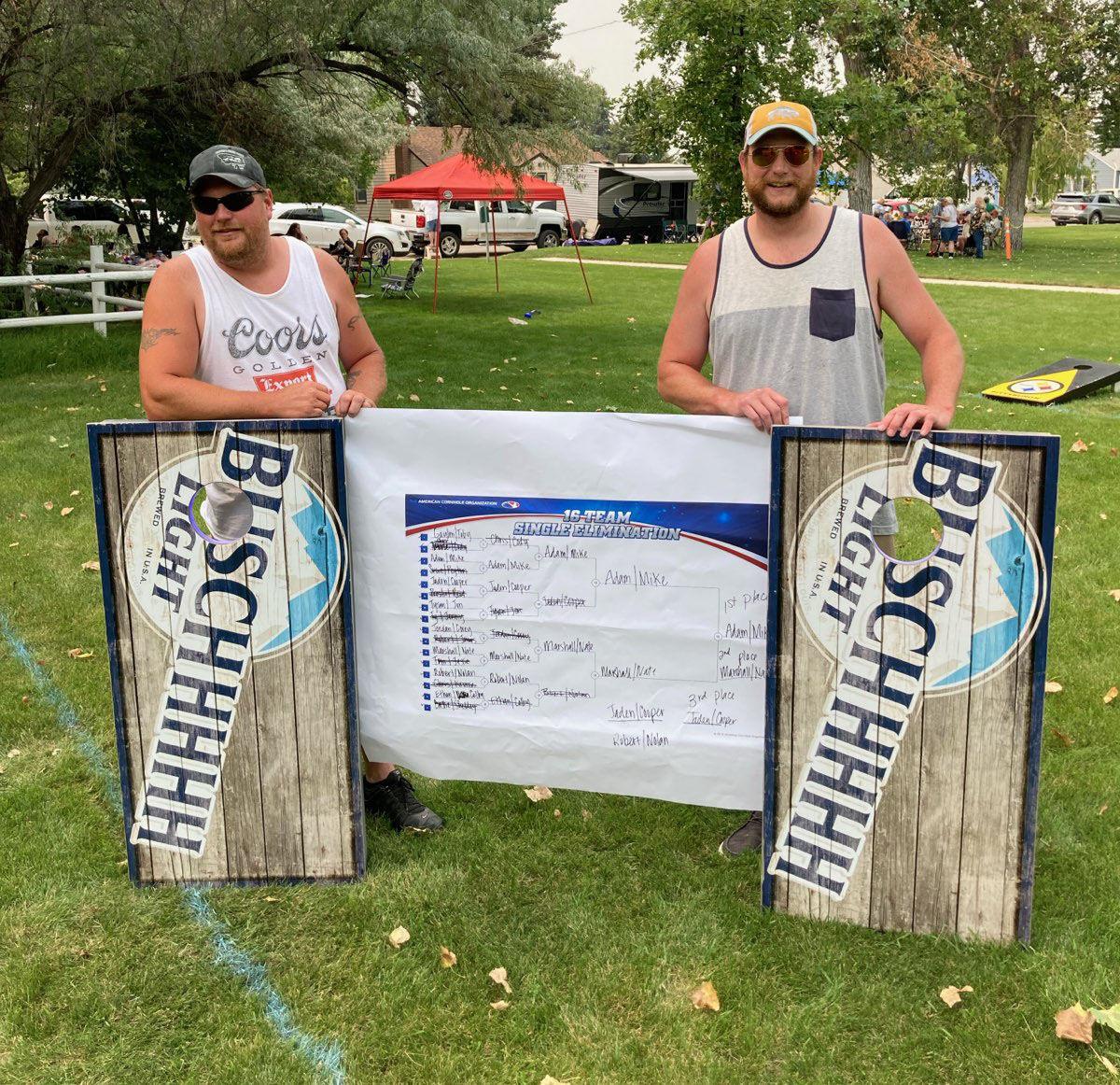 Mike and Adam Schilling won the corn-hole tournament held Saturday in the park during the Fairfield Swim Day events. 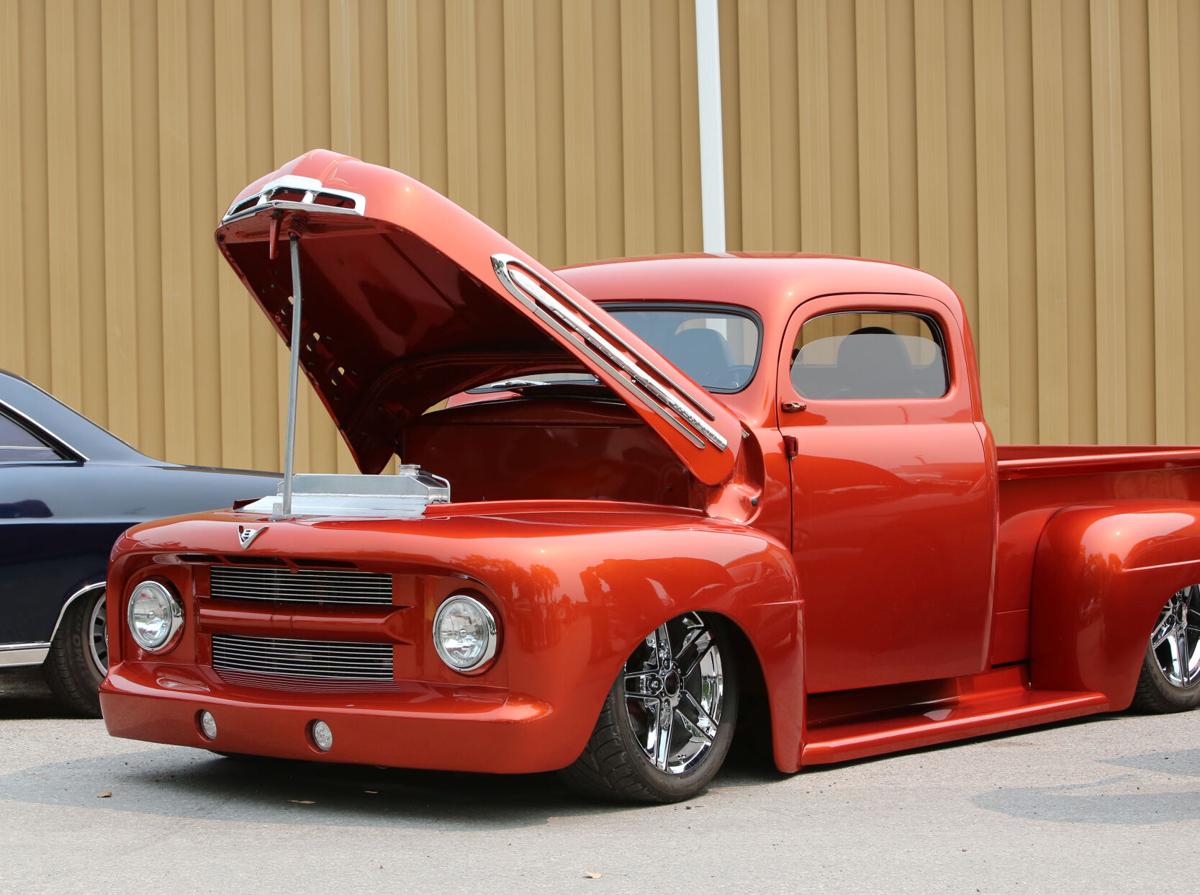 Numerous vehicles were entered into the Car Show held Saturday of Swim Day.

After a year’s absence and scaling down the activities a bit, the three days of activities during the 2021 Swim Days celebration were well received and attended and raised money for the operation and maintenance of the Fairfield swimming pool.

Swim Day treasurer Marci Shaw said she was just going through the money raised but feels the profit this year will be above average. For the past several Swim Day celebration, the community has raised $20,000 to $25,000.

It will be a couple weeks before the expenses are paid and the final amount raised is tabulated, she said, adding, “Another good year. Class reunions and sponsorships from businesses and individuals for specific events make a huge impact.”

Members of the Fairfield Junior Women’s Club and friends chaired the 2021 celebration. The group thanks the community for its support at Swim Days. “We thank everyone who came together to put on another fantastic Swim Days,” Sherlyn Lear, spokesperson for the group, said. “The support of the volunteers was essential to the success of the event. Everything came together and we were able to raise money for our pool and our kids.”

Throughout Swim Day there were several winners crowned. This year, artists were asked to create projects around the state of Montana theme. There were a dozen entries into the competition. Kelcy Bouma won both first and second place with a Montana Map in a window and Montana cribbage table and Nikki Gulick took third with a Montana metal art. The two winners received prizes and their creations were auctioned off in the live auction to raise a combined $700.

Tony Hershey organized the car show and made the trophies and his daughter Alissa Hofer donated the T-shirts from her business, Crafty MT Mama.

The winners in the Swim Day 2021 parade were:

•Pet and Doll — wagon: Katie Dalton and children “Blooms in the Sun,” first;

Stephanie Balkey won the money chest for being the closes to guess the correct amount.