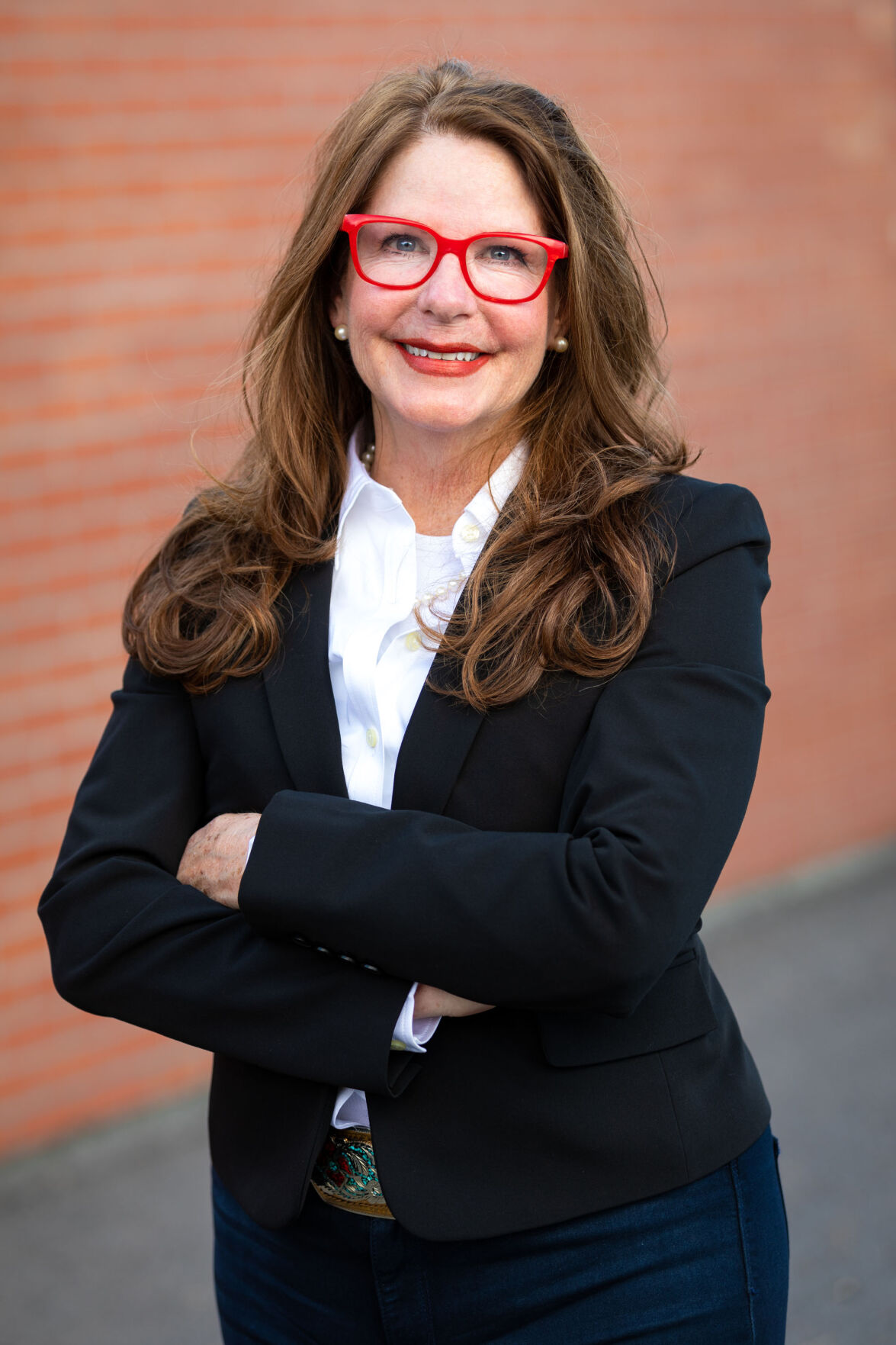 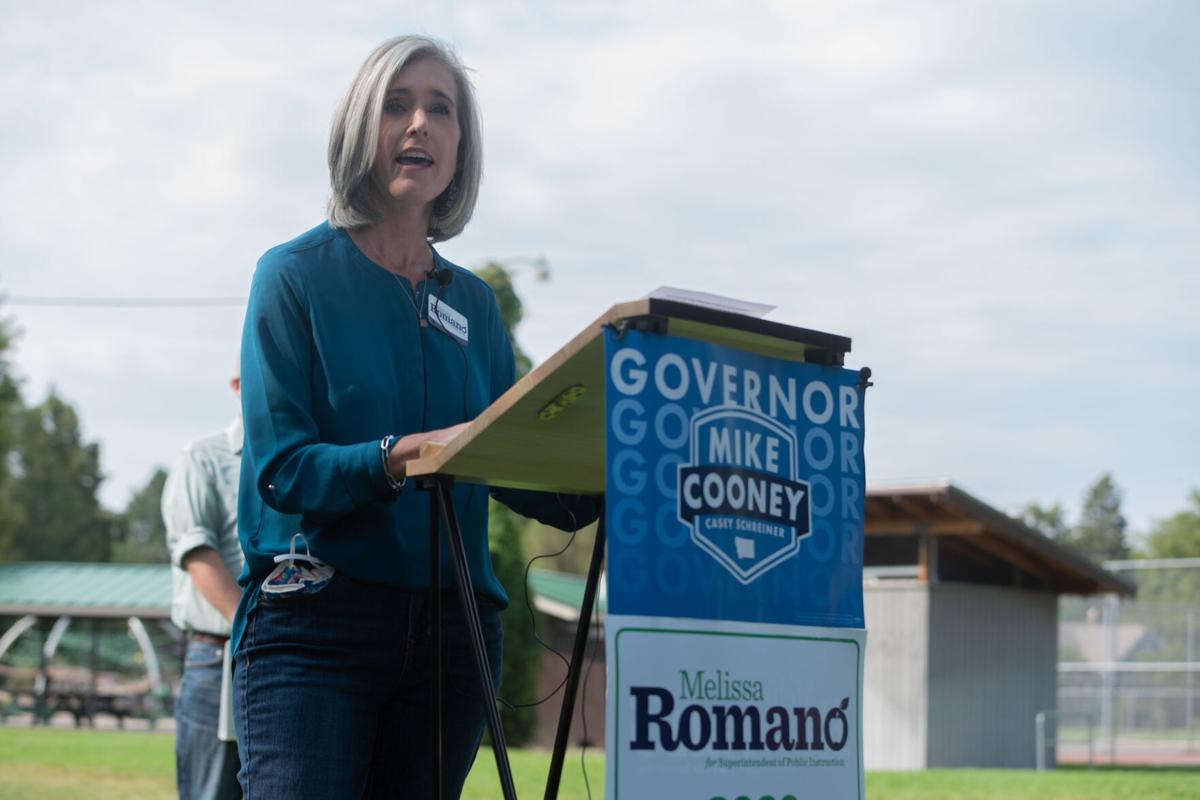 The differences between the two candidates for the Superintendent of Public Instruction are as clear as the mask on a student’s face.

Superintendent Elsie Arntzen, a Republican running for re-election, has stressed her belief that local school districts should decide whether to require students to wear masks in school this fall. Her opponent, former Montana Teacher of the Year and Democrat Melissa Romano, has made it clear she supports statewide rules to require masks in counties with active COVID cases.

Arntzen blasted Gov. Steve Bullock in August when the governor declared masks would be required in all counties with four or more active cases of COVID-19. She accused the governor, a Democrat who is running for U.S. Senate, of playing politics with the announcement.

“The governor made a last-minute decision days before school begins and has once again left the Office of Public Instruction in the dark in his decision-making related to safely reopening schools,” Arntzen said in a statement. The governor’s office countered it had asked for the superintendent’s input but received no response.

This split over how to tackle education issues is a big part of what Democrat Melissa Romano said prompted her to take Arntzen on again. Romano lost four years ago by three percentage points, but sees this campaign as different.

Romano criticized Arntzen for bickering with the governor, saying, “This isn’t the time for whining. It’s time to step up and lead.”

When asked how she would continue to keep students safe if re-elected, Arntzen stressed the importance of giving teachers the training they need to teach online. She said she would seek additional funding from the state to better prepare them for distance learning.

Central to Arntzen’s message is the need for schools to exist within the overall budget of the state and to work to request a reasonable share of state budget resources. It’s a job, she said, her eight years as a legislator prepared her for better than her opponent.

“I honor Melissa as a teacher, but knowing the Legislature and understanding the bill processes is important,” she said

Romano, a teacher by training, countered that Arntzen has not done enough to advocate for education spending in the Legislature, arguing she has been absent during her tenure.

After Romano fell short four years ago, she returned to the classroom. She said the loss taught her to persevere and renewed her commitment to children and she went on to be named the 2018 Teacher of the Year.

This campaign, Romano has said the state needs to do more to support early education. The Democrat announced a plan to create a public preschool for all families in Montana. Montana is one of only seven states without such a statewide program.

Arntzen said she worried that such a program could turn preschool into childcare. While she does not support public preschool, she said she does favor giving families and students the resources they need to succeed, although offered no details as to what that support might look like.

The Republican also stressed her work to change the way schools are funded, working to include special education funding into the Legislature’s school funding formula. That supports Arntzen’s repeated assertions that “one size fits all education” is not practical for Montana, and that teachers should be able to teach their students in the way that works best for them.

She said too often schools are bogged down in the bureaucracy from state and federal standards, saying, “There are lots of rules,” she said “Being lawful and following the rules isn’t the number one concern.”

Donors to this campaign have broken along party lines, with Arntzen, a former Billings-area state representative and senator, getting money from Republican officials, including former U.S. Interior Secretary Ryan Zinke and State Auditor Matt Rosendale.

Romano draws much of her funding from the largest teachers’ union, the Montana Federation of Public Employees, as well as organizations like Emily’s List and Carol’s List that support women candidates.

Denise Juneau, a Democrat who served as Superintendent of Public Instruction before 2017, said the job was primarily about lobbying the governor and Legislature for public dollars, even when budgets are tight.

“Who gets elected matters to the state,” Juneau said. “It makes a huge difference. It provides leadership for every school in the state.”

The Community News Service is a project of the University of Montana School of Journalism, providing members of the Montana Newspaper Association and the Montana Broadcasters Association profiles on statewide race