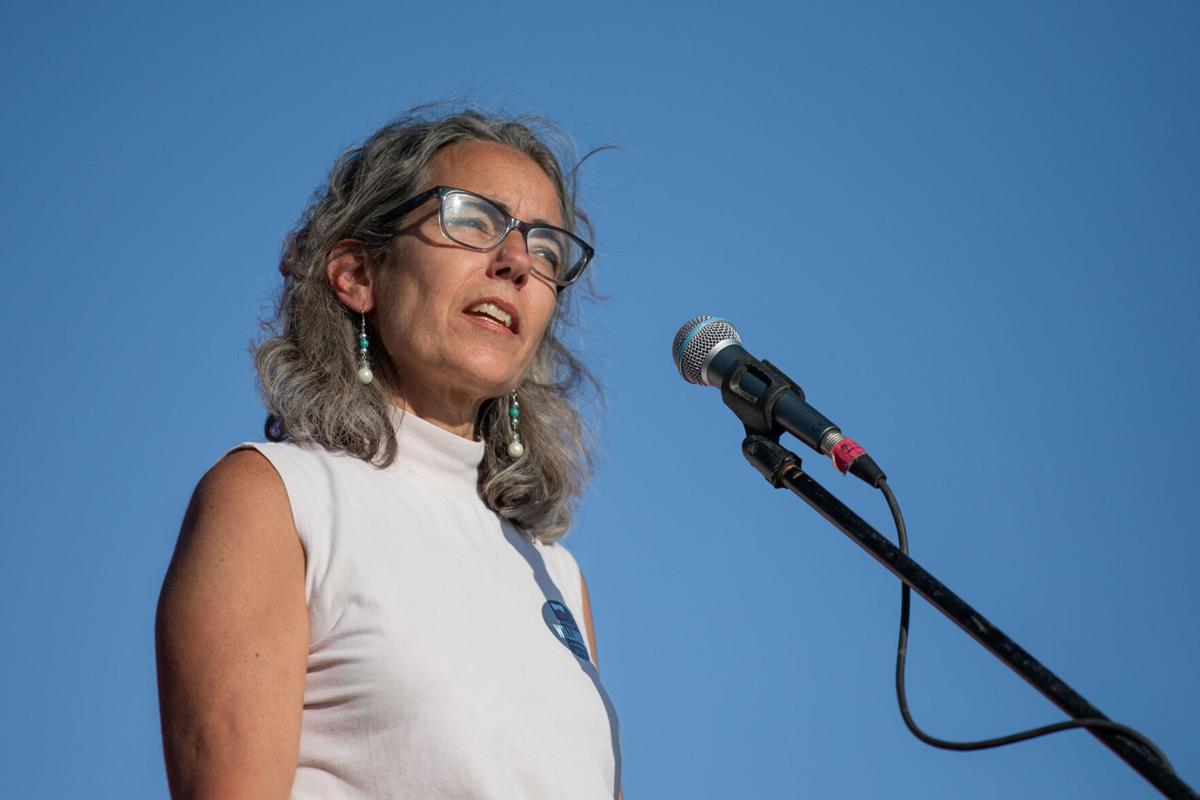 Democrat and candidate for the U.S. House of Representatives Kathleen Williams speaks to the socially-distanced crowd during the 'Drive-In Feed' event held by the Montana Democrats at the Little Shell Cultural Center on Sept. 4, 2020. 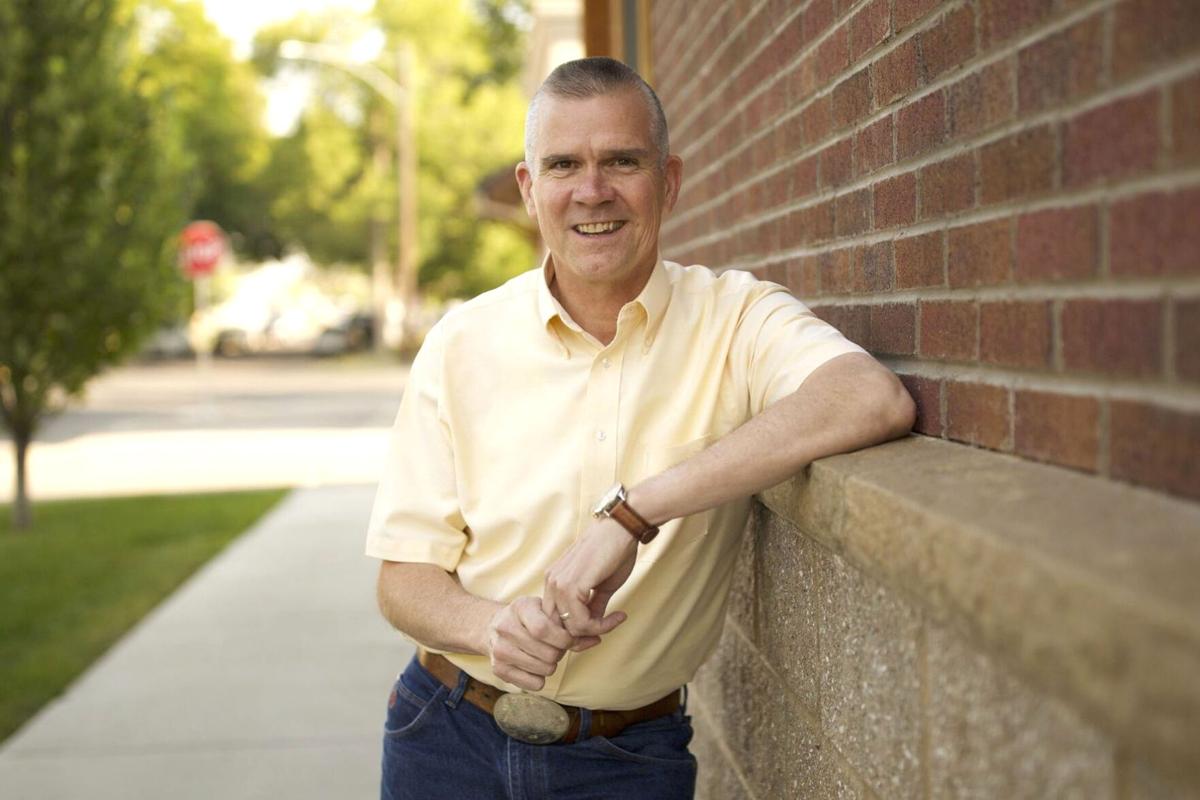 Republican Matt Rosendale, now state auditor and a former legislator, is running for the state's lone seat in the U.S. House of Representatives.

If Montana’s campaign for the state’s lone seat in the U.S. House of Representatives seems familiar, it is because both candidates have been here before.

Democrat Kathleen Williams of Bozeman lost a House race just two years ago to U.S. Rep. Greg Gianforte, and the consequences of that defeat still rankle, she said.

“It’s been incredibly frustrating to see the lack of leadership and representation, frankly,” said Williams, a former state legislator, about Gianforte’s actions during the pandemic.

Her opponent, Republican Matt Rosendale, now state auditor and a former legislator, has run unsuccessfully to represent Montana in both the U.S. Senate and House. He lost to Democratic U.S. Sen. Jon Tester two years ago, despite four visits to the state from President Donald Trump on his behalf. In 2016, Rosendale lost a U.S. primary race for the U.S. House.

“Obviously, I have a different opponent that I am running against,” he said. “But I, myself, continue to advocate for the same kind of issues.”

Rosendale, a Glendive-area landowner and former businessman, is campaigning as a Trump loyalist and a solid conservative partner for Montana’s Republican U.S. Sen. Steve Daines.

His listed priorities include blocking illegal immigration, protecting the Second Amendment and repealing and replacing the federal Affordable Care Act, or Obamacare, concentrating instead on market measures to lower the cost of health care and insurance while protecting coverage for those with pre-existing conditions.

“A lot of voters will judge someone’s future performance by their past actions,” Rosendale said. “I like that I can point to those promises that have been kept.”

Williams, who has degrees in resource economics and recreation resources, spent the past six years as an associate director of the Western Landowners Alliance, where she serves as a water and policy expert and promotes conservation on private lands.

Her stated priorities include keeping Montana’s public lands public, fighting for clean air and clean water, boosting Montana’s economy by helping farmers and ranchers stay on the land and encouraging the development of more made-in-Montana products. She calls for fixing the nation’s “broken healthcare system” and protecting Medicare, Medicaid and Social Security.

Their differences include their views of the federal government’s response to the COVID-19 pandemic.

Williams said the federal government could have taken an earlier and more aggressive step to combat the virus through testing. She supports more bipartisan effort to help small businesses survive the pandemic-caused recession, she told the Billings Gazette recently.

Rosendale supports President Trump’s response to the pandemic, especially his decision in May to have federal agencies roll back regulations he said would blunt economic recovery. Most of the regulations lifted should be permanently removed to “expand on the administration’s success,” according to Rosendale’s campaign website.

Such regulations include increased fuel efficiency standards for vehicles and reductions in air and water pollution.

The candidates also differ on tax policy, with Rosendale supporting the 2017 Tax Cuts and Jobs Act, which reduced the corporate tax rate from 35% to 21%. He said he would support making those cuts permanent as a further incentive to job creation and investment in local economies.

Williams, through a staffer, said the act benefited the wealthiest Americans and contributed billions to the national debt. If elected, she will focus on supporting small businesses and closing loopholes in the act.

The two also differ on abortion, which Rosendale has repeatedly opposed under any circumstances. Williams is on record as supporting women’s reproductive health and stood by Montana women who protested “intrusive” abortion bans last spring in Georgia, Alabama and Missouri.

Both support gun ownership, though Williams has said she supports background checks. Rosendale received an A- rating from the National Rifle Association.

The two campaigns are appealing to Montana outdoor enthusiasts, as both candidates vow to protect public lands. Both tout their support for veterans, as well. Williams comes from a military family. Her late husband was a Vietnam-era veteran. Rosendale has a brother and son in the Marines.

But campaigns do not live by policy stances alone. Much of a candidate’s strength lies in their personality, style and ability to “appear like one of us,” said Rob Saldin, a professor of American politics and an analyst.

“I just don’t know that this is an election where issues seem to be gaining much traction,” Saldin said.

Saldin pointed to the lack of volatility in state and federal polls, saying that hyperpartisanship on a national level has caused voters to “take their bearings” with a certain candidate. Both candidates have tried to combat this with their advertising.

Williams has run advertisements that focus on Montana’s outdoor lifestyle and conservation. In one, she fillets a walleye with rolled-sleeves saying she’s not afraid to get her hands dirty. In another, she shoots clay pigeons, talks about voting for Ronald Reagan and ends by raising a glass of beer.

In his ads, Rosendale speaks with mechanics and ranchers about bringing “real hard work” to Washington. His ads also feature a doctor talking about lowering prescription drug prices and footage of Rosendale with President Trump.

As of Sept. 16, OpenSecrets.org was reporting that Williams raised almost $2.38 million in campaign donations, ahead of Rosendale’s nearly $1.8 million. Large contributors comprise most of both candidates’ donors.

Rosendale has been endorsed by the U.S. Chamber of Commerce, the National Rifle Association’s victory fund, and many top Republican leaders, including President Donald Trump and his son, Donald Trump Jr., and U.S. Sens. Ted Cruz and Rand Paul.