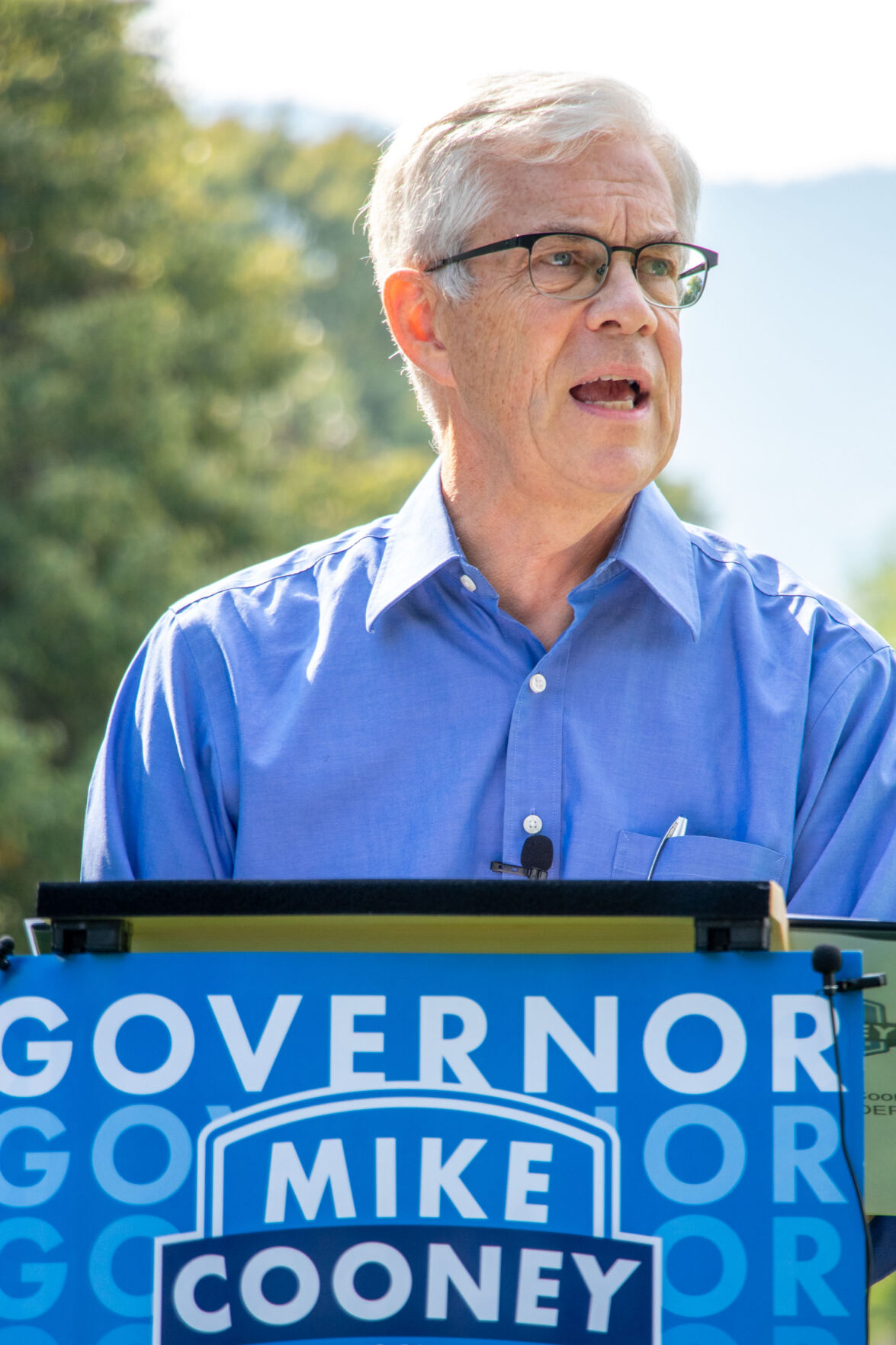 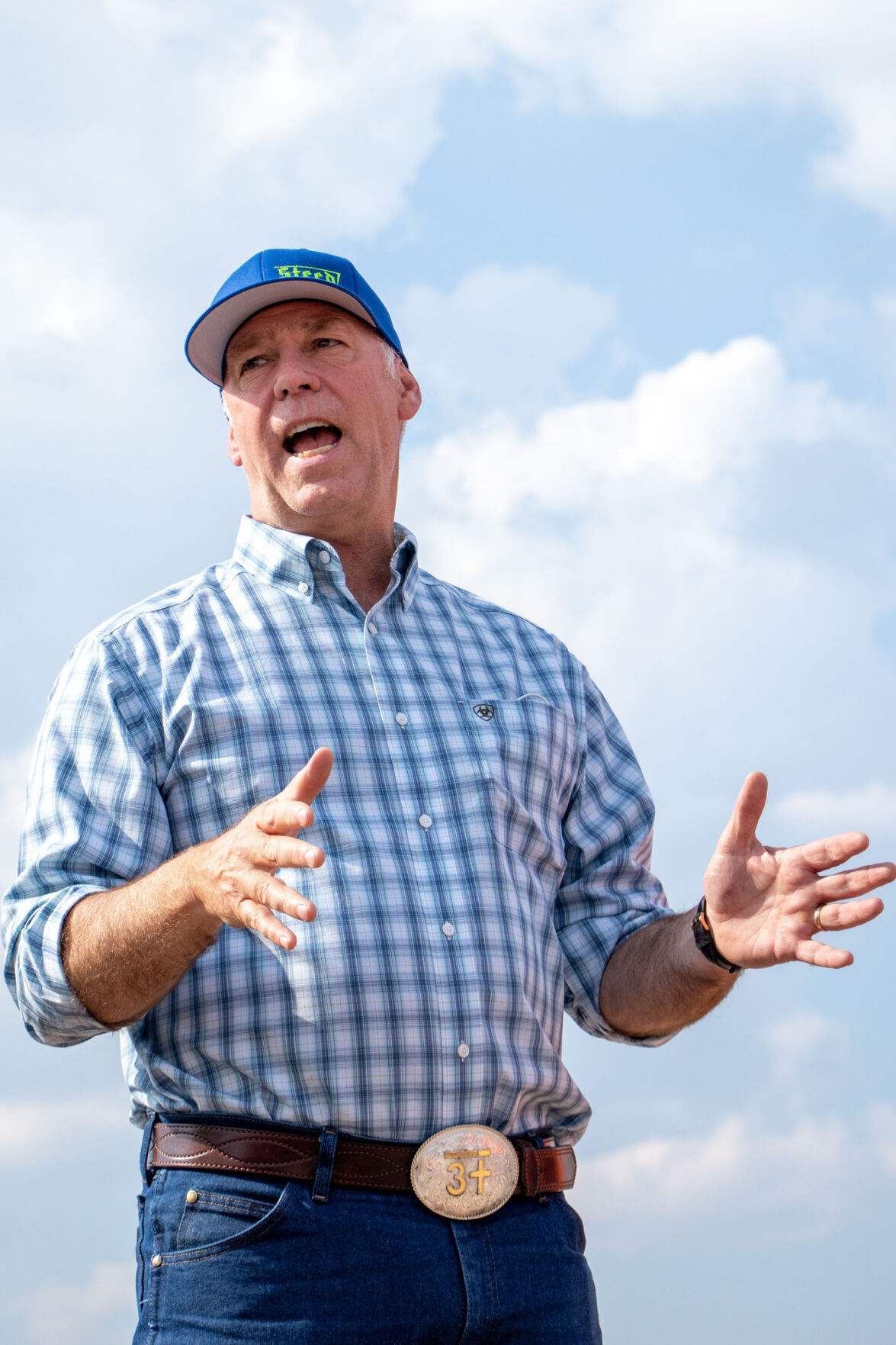 This year’s campaign for governor pits two candidates with very different impressions of how Montana is doing and what should be done to make life better against one another.

At a construction site in Helena, Republican Greg Gianforte told a group of contractors clad in orange shirts and work boots that things had to change after 16 years of Democrats controlling the governor’s mansion to make sure Montana’s best days are ahead.

“We’re going to get government out of the way,” the technology entrepreneur and Montana’s sole representative in Congress said to applause, later vowing to swiftly change leadership in regulatory government agencies such as the Department of Environmental Quality and Fish, Wildlife and Parks if elected.

A few hours earlier at a park in Missoula, Democrat Mike Cooney, the lieutenant governor and career public servant, was describing a very different state the next governor would inherit.

“I was given a pretty darn good Montana, and I want to make sure we hand off an even better Montana to the next generations,” he said in an interview.

Unlike Gianforte, Cooney’s better Montana isn’t achieved by cutting regulations and reducing government spending, but rather continuing the work started by his boss Gov. Steve Bullock. The lieutenant governor has focused on programs he argues will improve the lives of Montanans, including Medicaid expansion, investing in veteran mental health and education and establishing statewide pre-kindergarten education.

Cooney, a Butte native, first embarked on a career in politics in 1977 when elected to the Montana State House of Representatives. He followed this debut by working as chief of staff for Montana’s former U.S. Sen. Max Baucus, serving three terms as Montana’s secretary of state, a stint as president of the Montana State Senate and most recently as lieutenant governor to Bullock.

The Gianforte campaign has criticized Cooney’s work in the public sector, saying in one ad, “He’s a career politician and government bureaucrat who has never had a real job.”

The Cooney campaign countered public service is something to be proud of.

“Throughout his career, Mike helped to create 46,000 Montana jobs, and thanks to his strong leadership alongside Governor Bullock,” Cooney’s communications director Ronja Abel wrote in a statement, “Montana’s unemployment rate was the lowest it’s been in over a decade, prior to the outbreak of COVID-19.”

That outbreak marks another clear difference between Cooney and Gianforte.

“I just want to say when I’m your next governor, we are going to adopt public policy to keep people safe — the vulnerable — and we’re going to rely on personal responsibility, not government mandates,” Gianforte said during the Helena event. He went on to joke about a man he met in Colstrip who asked him whether he was shaking hands. “Buddy, I’ll give you a hug if you want it!” he said he told him.

Cooney, on the other hand, has been a fixture at Gov. Steve Bullock’s COVID briefings and has toured the state urging social distancing and mask-wearing. Cooney has noted his campaign’s been intentional about gathering with small, masked crowds in outdoor settings.

Though Cooney has been a fixture in state government for decades, experts said that his lack of name recognition will be his biggest hurdle to clear on the trail to the governor’s seat.

“Even though there is a purple independent streak in Montana, especially for some of these marquee races, generally Republicans have sort of a built-in advantage that Democrats need to overcome,” said Carroll College political science professor Jeremy Johnson. “… Right now … [Cooney’s] not yet overcome that.”

Johnson said to make his case, Cooney must have money to spend on advertising. But that effort is made harder by the fact that Gianforte, one of the top three wealthiest members of Congress, has access to enormous personal wealth to help finance his run. The Republican has already loaned his campaign $2.5 million, a total that just about doubles the $2.9 million he has raised as of Aug. 15. Cooney has raised $2.49 million for his campaign, but $1.4 million has come in just the past three months.

But the source of Gianforte’s wealth is one of his biggest assets the congressman points to when arguing what makes him right to lead Montana.

In the 1990s, Gianforte started a cloud-based computing business, RightNow Technologies. Computing giant Oracle purchased the Bozeman-based RightNow for $1.5 billion in 2011. Gianforte, a former resident of New Jersey, made his first political debut in Montana when he narrowly lost the 2016 gubernatorial race to Bullock. He followed defeat with a win in Montana’s special election for Congress in 2017, despite assaulting a reporter and misleading police afterward; an incident that earned him a misdemeanor conviction.

While in Washington, Gianforte aligned himself closely with President Donald Trump and he has echoed those issues while campaigning for governor. He told the crowd in Helena he would uphold a commitment to law and order, fund the police and oppose a transition away from fossil fuels.

This November, voters will decide whether to stick with the divided government of a Democrat in the governor’s mansion and Republicans controlling the Legislature that has marked the last decade of state politics or if it is time to change the equation.