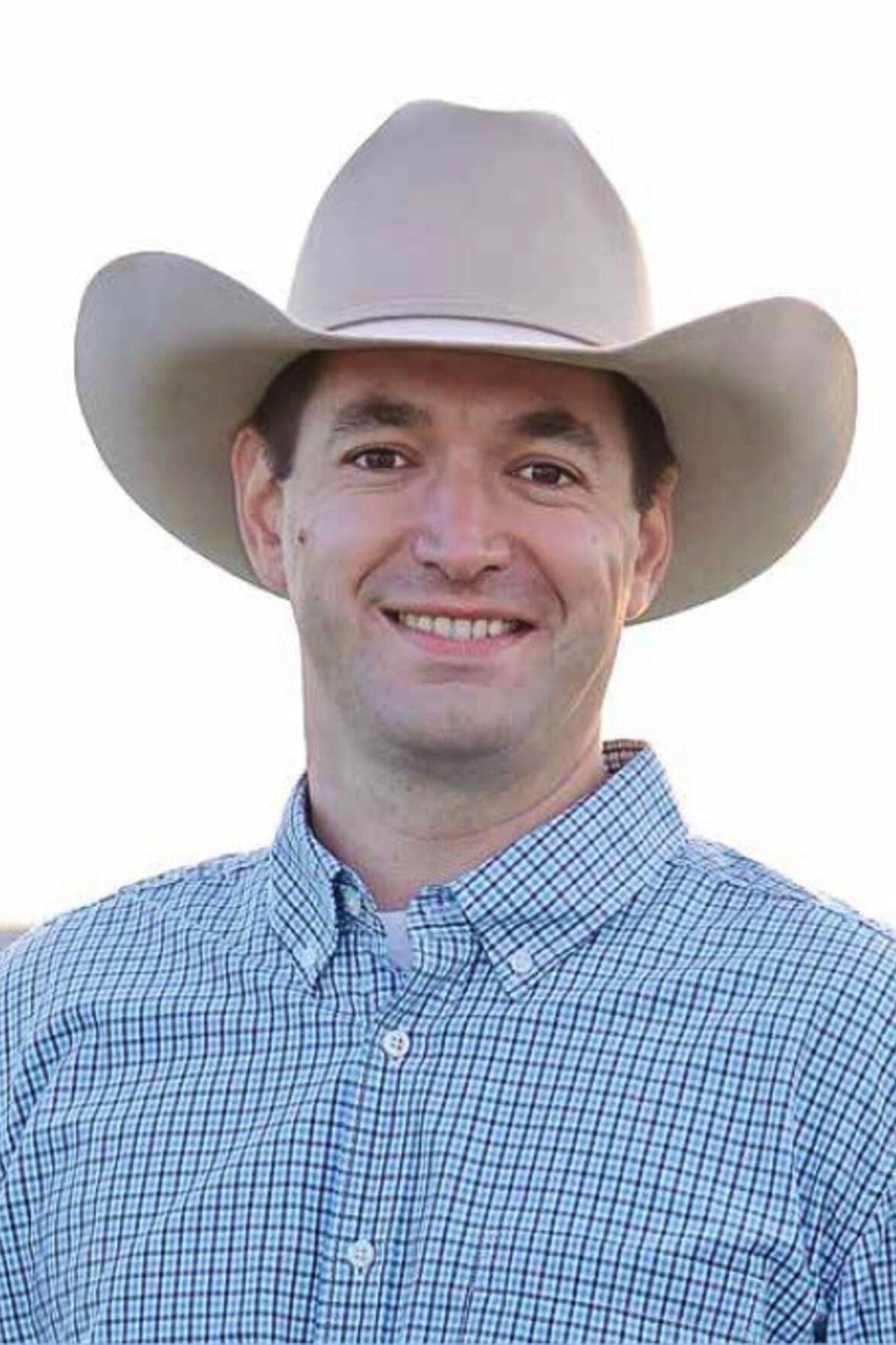 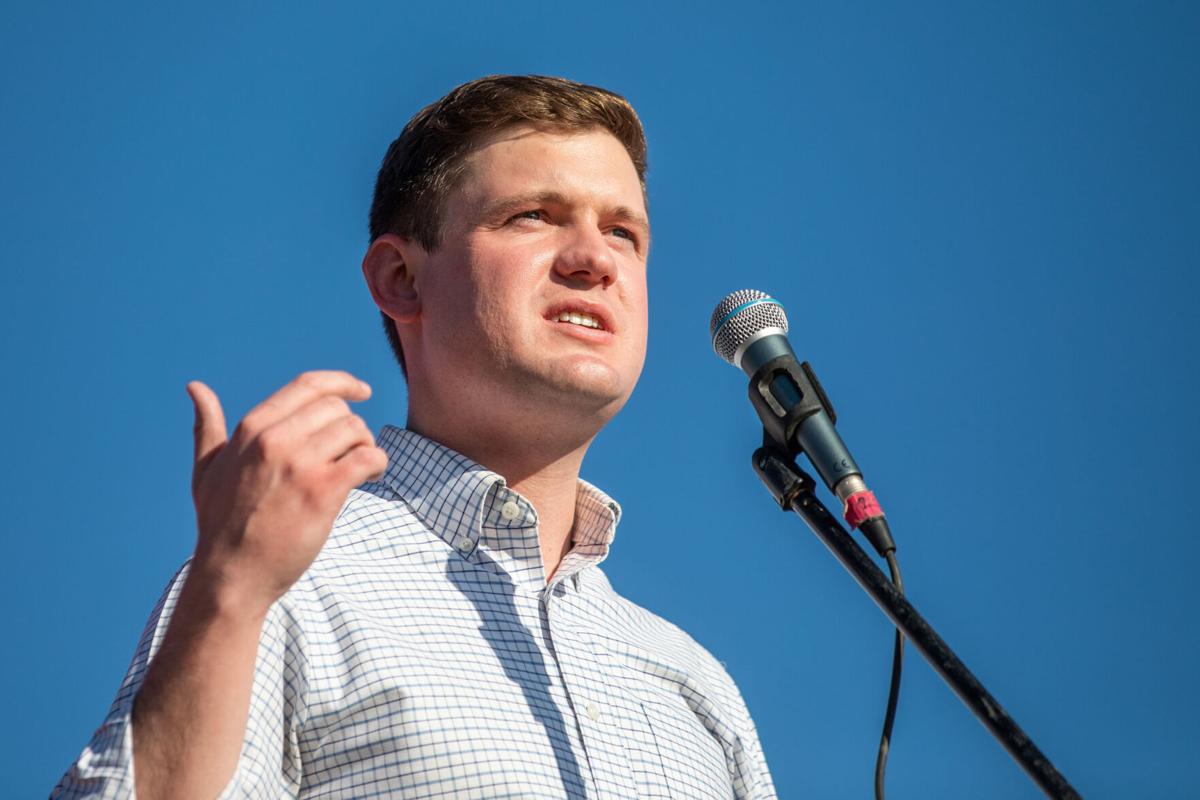 Democatic candidate for Montana Attorney General Raph Graybill speaks to the socially-distanced crowd during the 'Drive-In Feed' event held by the Montana Democrats at the Little Shell Cultural Center on Sept. 4, 2020.

The attorney general is the state’s highest legal authority, overseeing the Montana Department of Justice, which encompasses the Montana Highway Patrol and the Montana State Crime Lab, and assists counties in criminal prosecutions. It also oversees vehicle and drivers’ licensing, advocates for consumers, runs the state law enforcement academy and monitors sexual and violent offenders.

Graybill said his top priorities will be to help defend attacks against the federal Affordable Care Act and expand public access to public lands. Knudsen said he’ll lead the fight against crime and illegal drugs in Montana.

“I want to come in as a fiscal conservative, and I want to get aggressive about really reducing bureaucracy,” Knudsen said. “I want to take funding out of what I consider some bloated areas in the overall Department of Justice budget, and I think we can revert that money and get it out to counties to fight crime.”

Knudsen, 40, is Roosevelt County’s elected chief attorney and prosecutor, a job he won in 2018. He is a former state representative from his hometown of Culbertson, and he served as House speaker from 2015 to 2017. He has degrees from Montana State University and the University of Montana law school.

He said violent crime in Montana has risen since 2013 due largely to illegal drugs. He vowed to track down and prosecute the black market drug sales, especially in rural areas where law enforcement is sometimes sparse. He emphasized that he’s the only candidate in the race who has prosecuted crimes.

Graybill, 31, is from Great Falls. He went to Columbia, Yale Law School and Oxford University as a Rhodes Scholar. He worked as a lawyer for the Susman Godfrey firm in Billings before joining the Bullock administration as chief legal counsel in 2017.

He said he would join other states’ attorneys general in arguing against a national lawsuit contesting Obamacare’s mandate requiring that everyone have healthcare insurance. That case is scheduled for arguments before the U.S. Supreme Court shortly after the election.

As Montana’s house speaker, Knudsen opposed Medicaid expansion and the federal ACA. He said the state will suffer from the increased state spending on healthcare.

“Nobody wants to talk about the long term, and that is federal funding is going to go away and we're still going to have this larger population that we've said we’re going to cover,” Knudsen said. “That truly has potential to bankrupt the state.”

According to medicaid.gov, the federal government still funds 67% of Montana’s Medicaid program, which, together with the Children’s Health Insurance Program or CHIP, served 254,112 individuals in March of 2017.

Another issue in the race is the extent to which the attorney general should get involved in national legal controversies. Graybill, as the governor’s chief attorney, has argued cases before the U.S. and Montana supreme courts. He said he would defend Montanans in any venue.

“Ordinary people might have rights on paper or rights written in law, but oftentimes they need an advocate in the legal system to make those rights take on meaning, pick up the course and take on power,” Graybill said.

He cited the need to help Montanan’s who can’t afford overpriced medicine from pharmaceutical companies. A 2017 state report found that prescription drugs make up more than 20% of Montana residents’ medical bills.

Knudsen said he understands the attorney general’s role in being a voice for Montanans, but he added he would not get involved in national policy unless it directly affected Montana.

Both Graybill and Knudsen have been successful fundraisers, with Graybill having the edge. As of Sept. 15, Graybill reported having $242,868 cash to spend on the race. Knudsen had about $166,566.

Graybill received endorsements from the Montana Federation of Public Employees and Montana Conservation voters, while Knudsen picked up an endorsement from the National Rifle Association.